A home for history and culture

Plovdiv, the second-largest city in Bulgaria (about 340,000 inhabitants), is today the pivot of Bulgarian art and culture and welcomes tourists coming from all over the world to admire its beauties.

Plovdiv is proud of its ancient heritage and of being one of the oldest European cities: boasting a history which spans more than eight millennia (it was contemporaneous with Troy, Mycenae and the cities of the island of Crete), it is probably the oldest of the "living" ones. Center of ancient Thrace founded by King Eumolpo in the 12th century BC, it was refounded in 340 BC by Philip II of Macedonia and then became the capital of Thrace under the Romans.

The identity of the city and its citizens is the result of the meeting of different cultures: Thracians, Romans, Byzantines, Huns, Turks and Slavs have shaped the history of Plovdiv and have left their traces in a melting pot of cultures. The visitors are struck by the characteristic architecture of the Ancient City, with narrow cobbled streets, inner courtyards lined with walls, brightly colored buildings with carved wooden balconies (dated between the 18th and 19th centuries).

A European Capital of Culture is a city designated by the European Union for one year during which a series of cultural events with a strong pan-European connotation are organized. The title is an opportunity for the host city to generate great cultural, social and economic benefits. Thanks to the attraction of tourists and European funds, it is often possible, on this occasion, to renew the image of cities and increase their visibility and profile on an international scale.

The Plovdiv 2019 Foundation is the organization that, after four years of preparation, coordinated and supported over 320 projects. "Together" is the chosen motto, which indicates not only a path towards a more integrated community, but a vision aimed at making culture more accessible to everybody.

The initiative "arte nuragica / contemporanea" has been included in the official programme of events to celebrate the 2019 Capital of Culture. This partnership allowed to have prominence among a large transversal audience, generating an important influx of visitors from all over Europe.

The project "arte nuragica / contemporanea" is associated with the programme of "Plovdiv - European Capital of Culture 2019".

Arte nuragica / contemporanea was hosted in the City Gallery of Fine Arts. This is the most important contemporary art gallery in the city and the site dedicated to the installation was a graceful building from the early 1900s, located on the main pedestrian street of the city, among typical shops and restaurants.
The recently renovated rooms, equipped with systems for regulating the light and the optimal temperature for the artworks, were located on the ground floor. The large spaces made it possible to accommodate about 50 people at the same time during the events.

The public expressed great appreciation for the desire to establish a connection between the culture of the past and the creations of contemporary artists, fostered to investigate the Nuragic culture and to re-imagine it in an innovative way.

Through some QR codes, physically placed in the rooms, it was possible for visitors to access to content translated into different languages ​​(Italian, English, French, Spanish, Bulgarian) on their phones: this allowed a large audience to learn more in their own language about the Nuragic art, the works and biographies of the artists.
The multimedia components of the installation sparked a deep interest and curiosity: visitors were able to explore 10 corners of Sardinia in virtual reality, supported by videos and sounds. 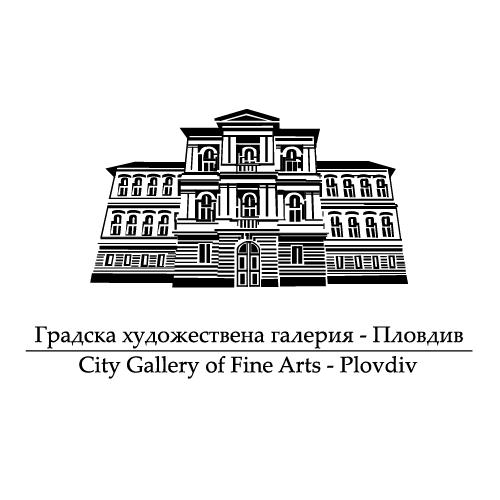 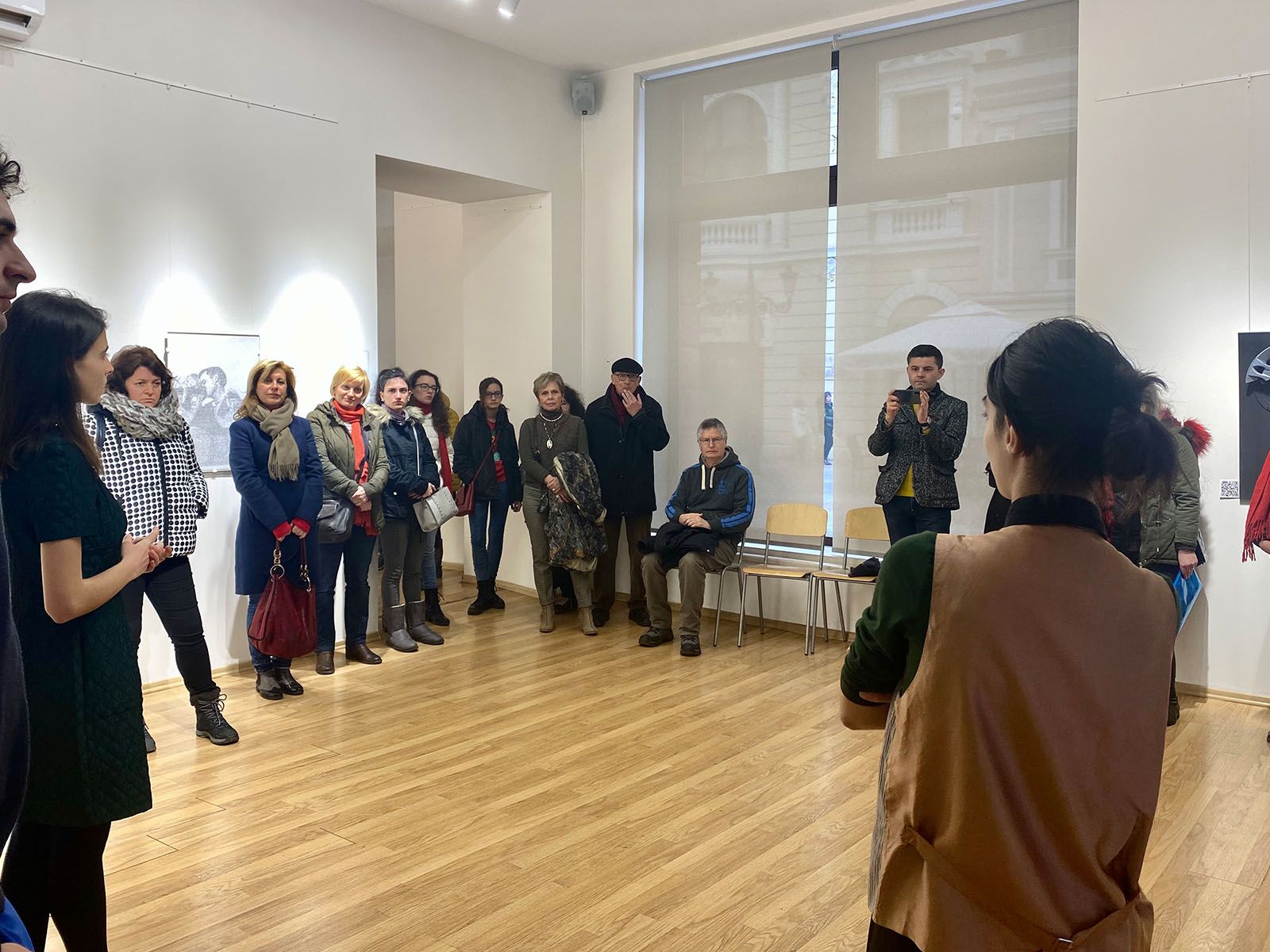 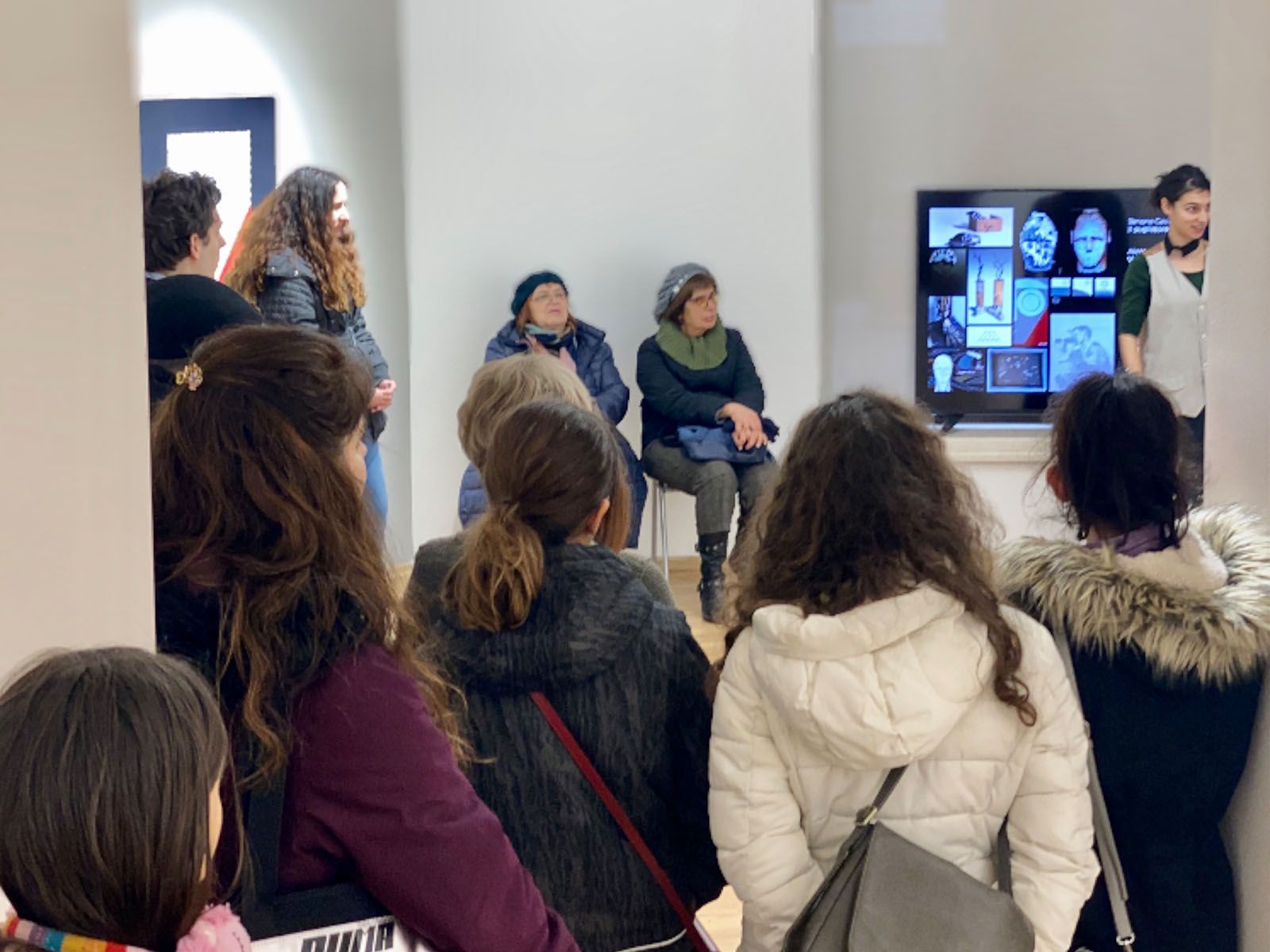 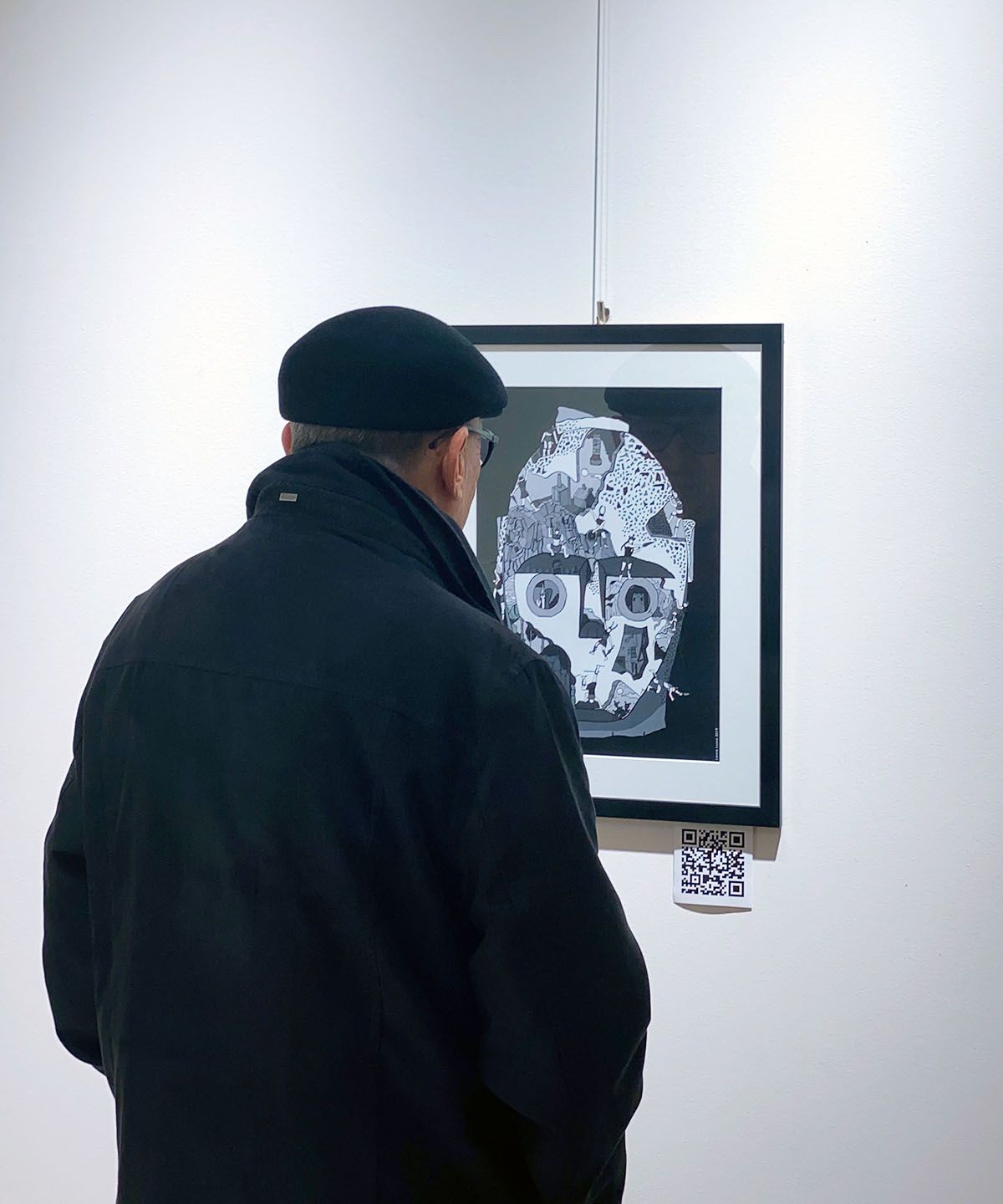 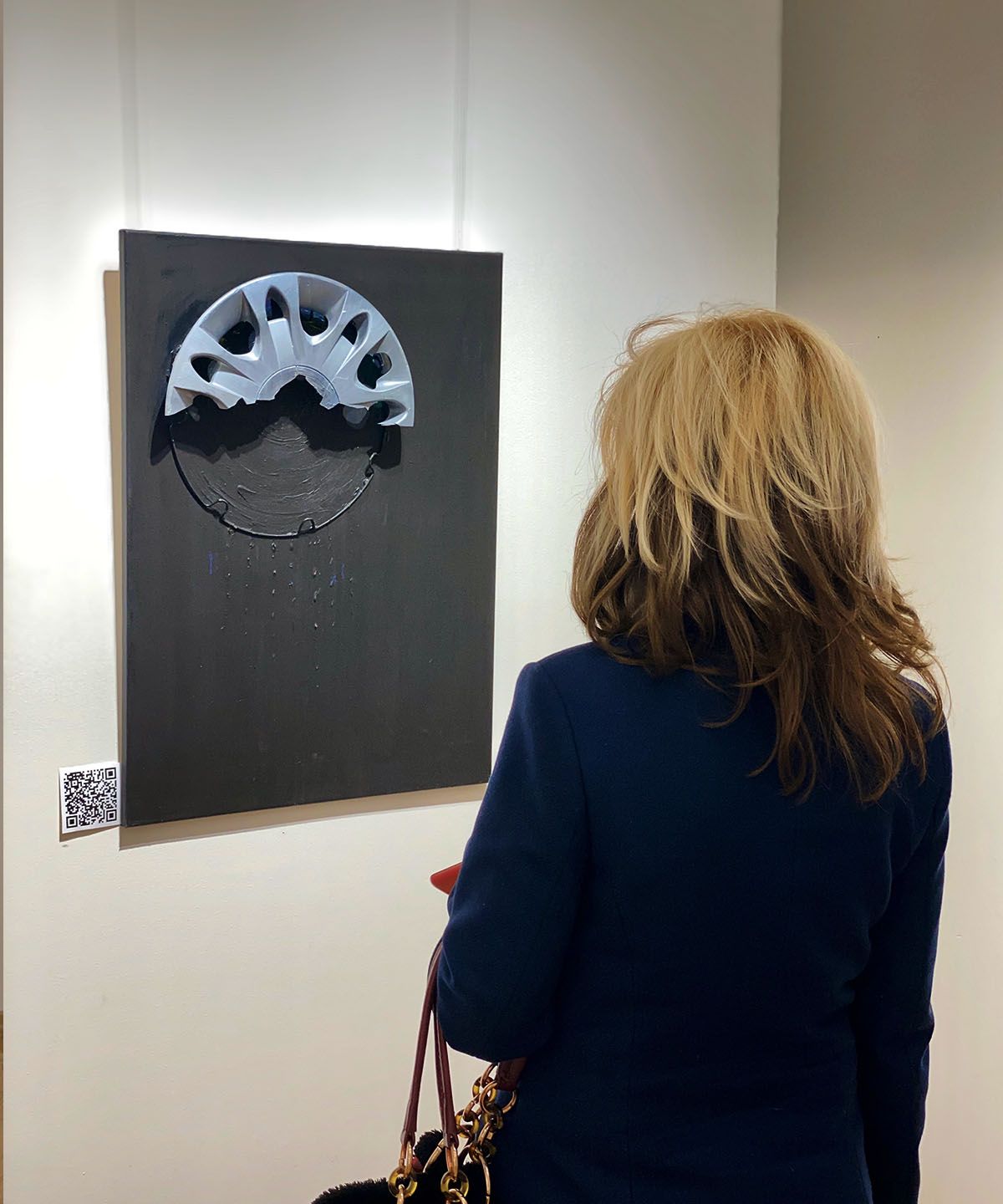 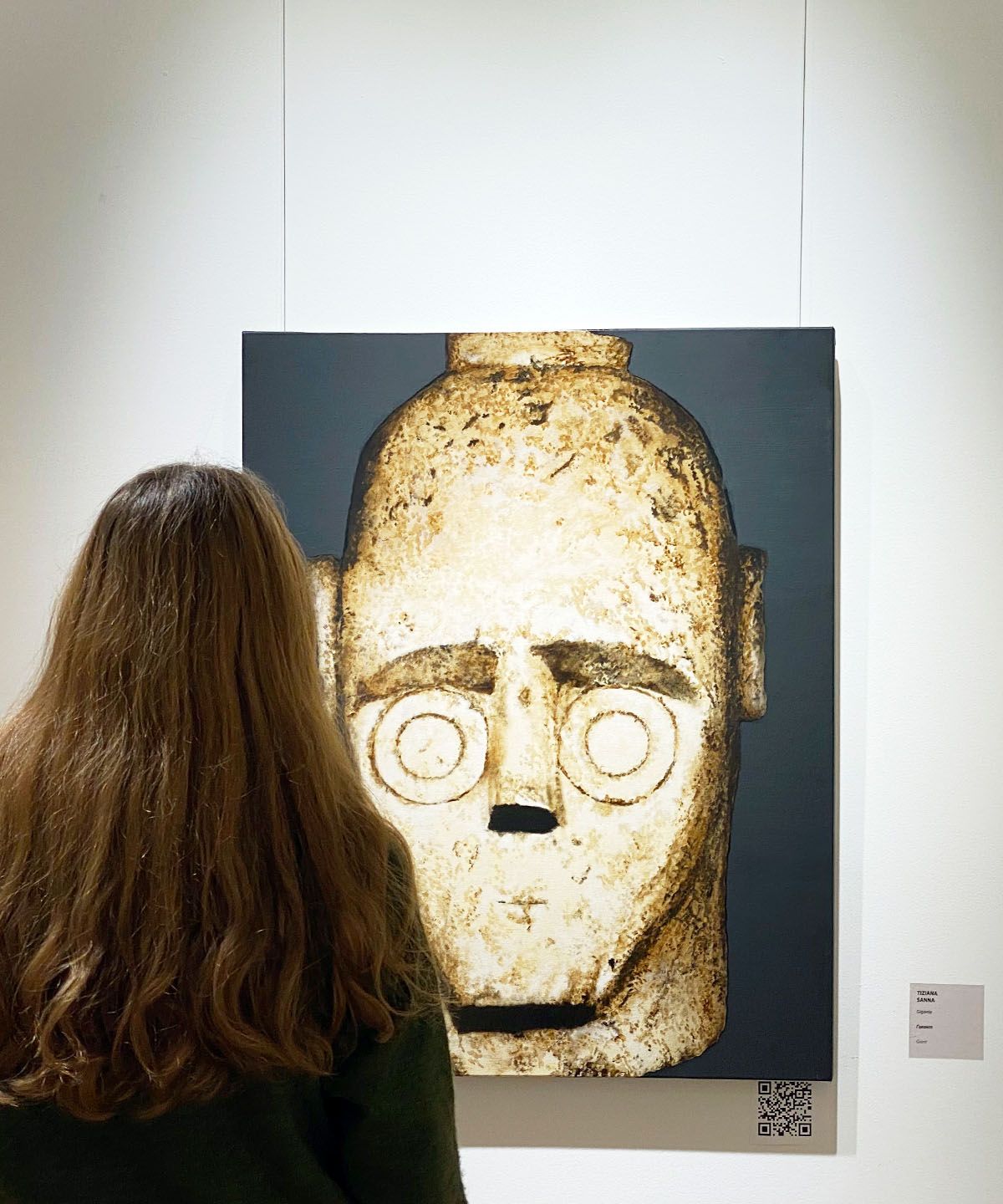 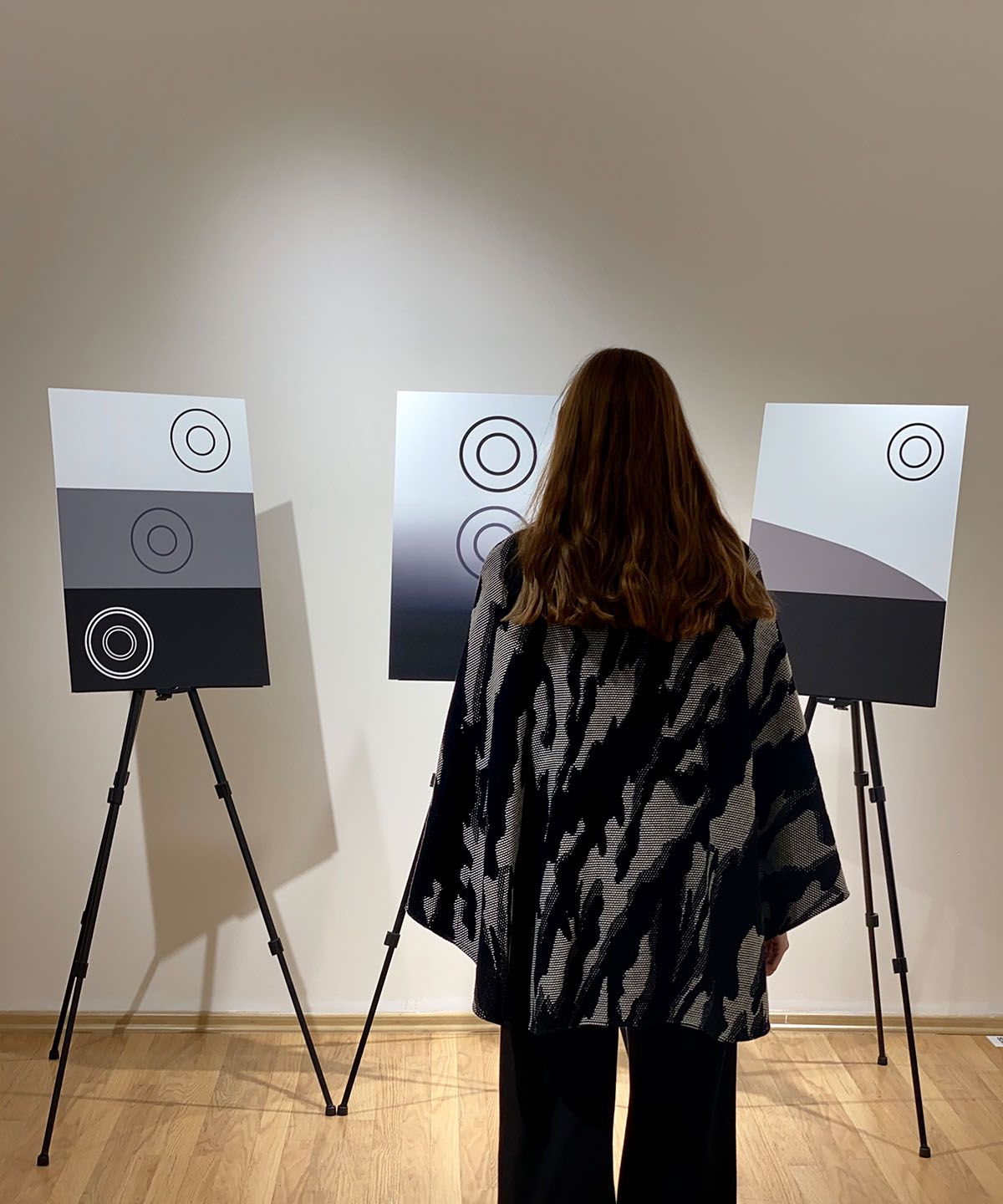 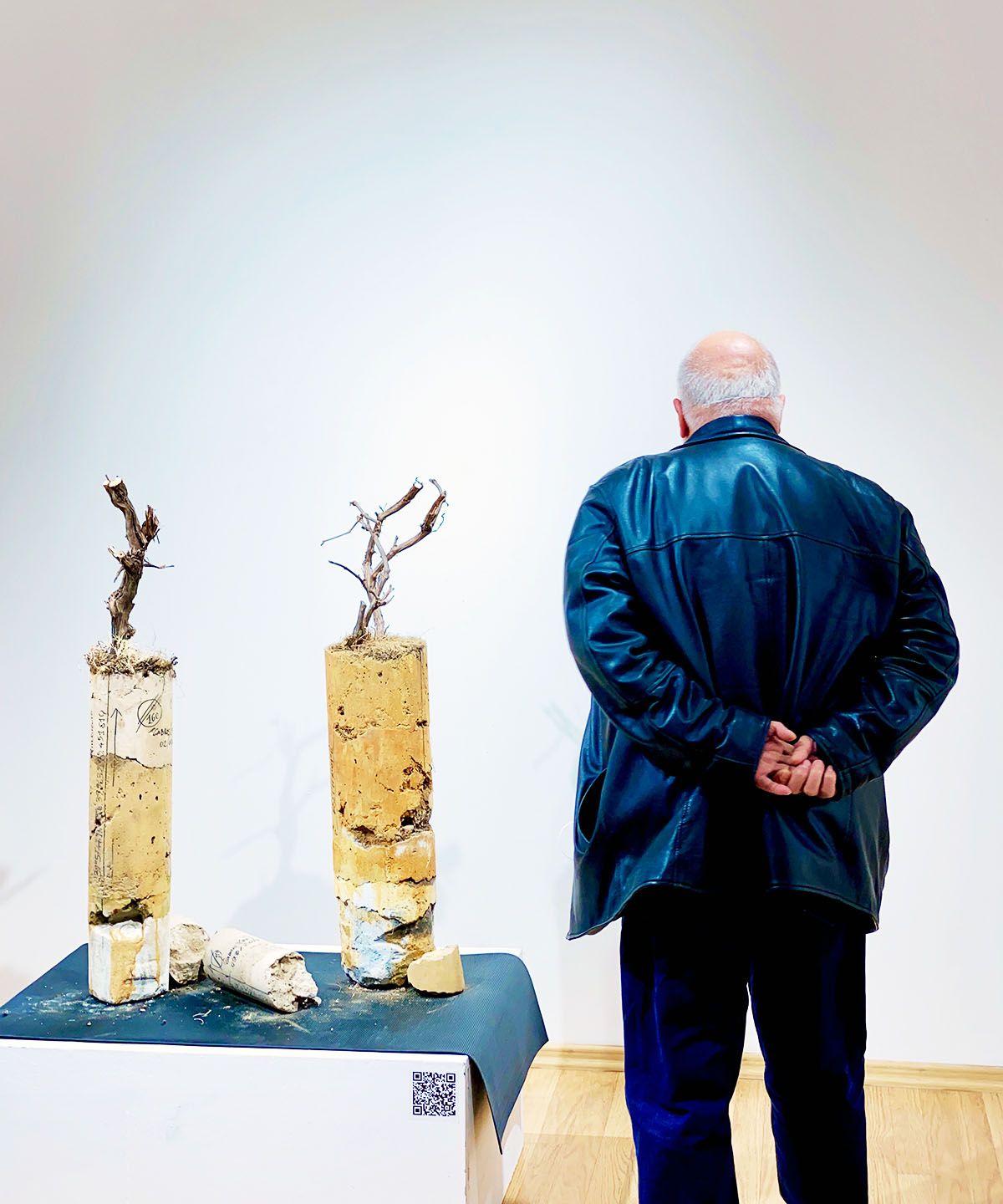 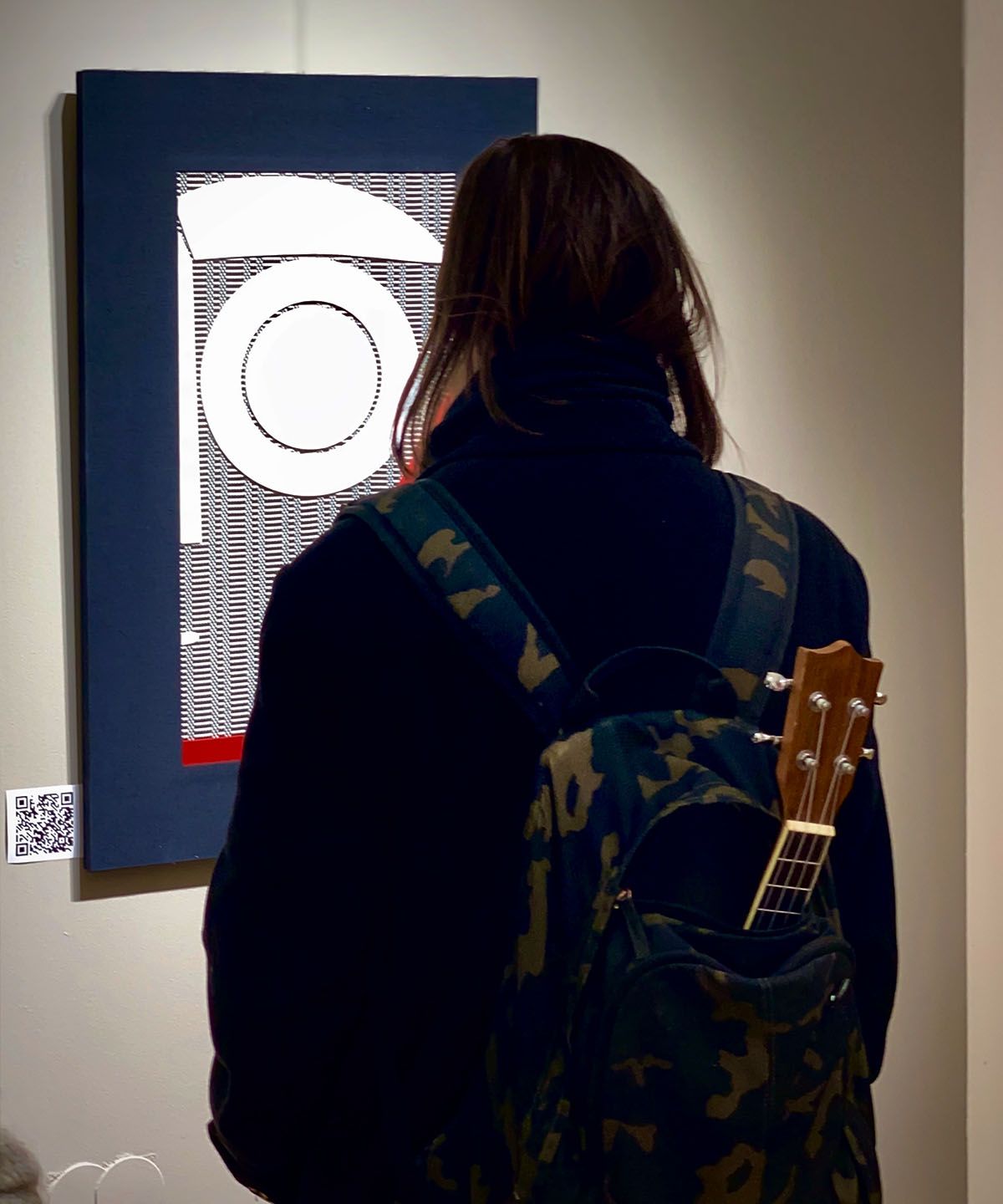 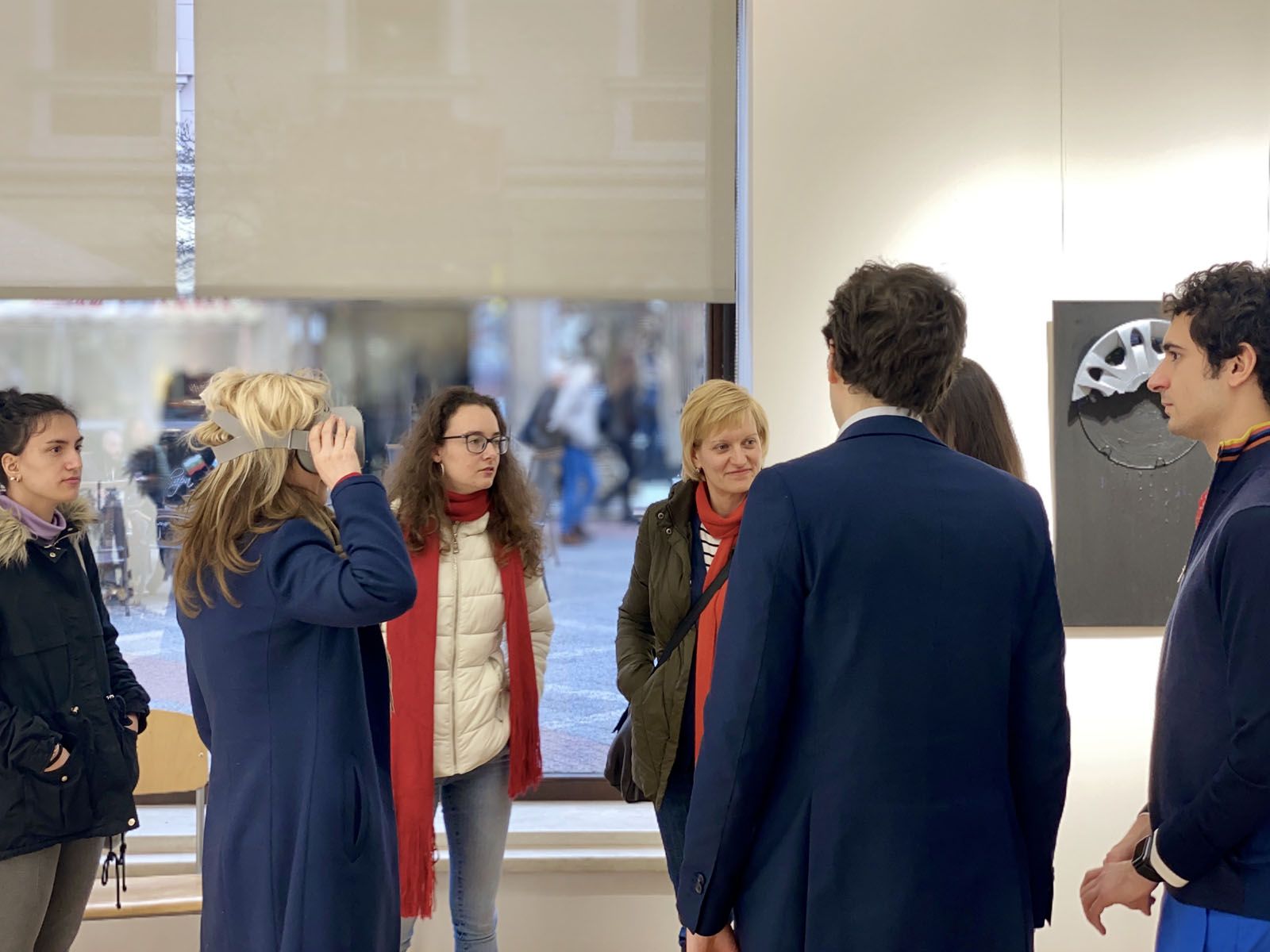 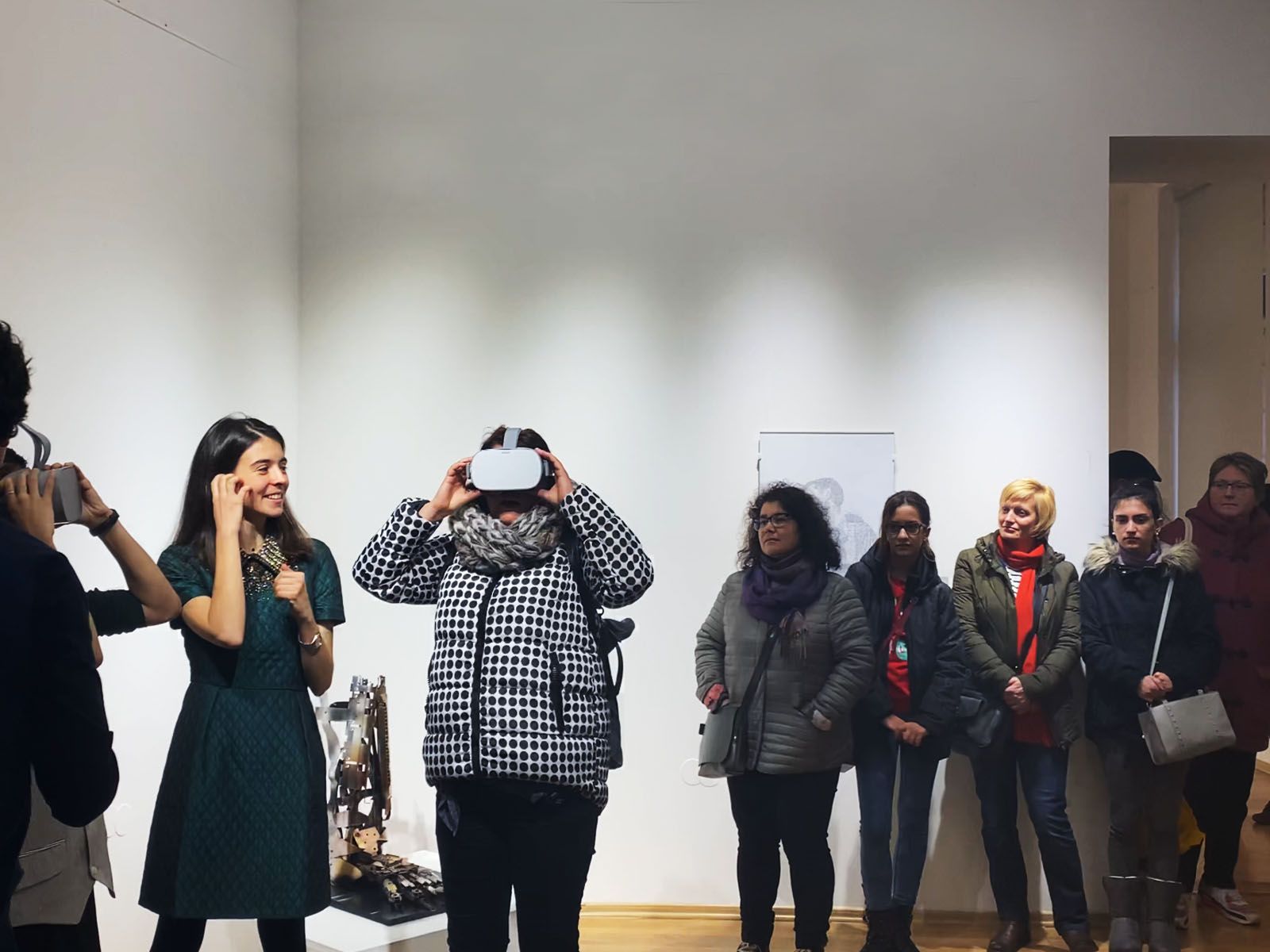